We had a little spat today in The Morrow House. It was me against
Roo. She desperately needed a nap, but wasn't about to take one. Round
after round we battled.  Me entering the room, asking, then insisting
and then finally demanding she keep quiet and lay still.

After
three days of getting up ridiculously early for kindergarten the kid
was exhausted. But she was refusing to sleep. God forbid she miss
anything…like a cloud passing over the house or a blade of grass growing 1/10,000th of an inch during that two hour nap she should be taking.

I knew she was
tired. She knew she was tired. But she was fighting it. HARD. And
keeping The Lu awake.  This sweet little thing pulled out every bit of obnoxious she had in her arsenal and I had finally had it so I sent her to the bathroom alone to think about her
behavior. After a few minutes I went in to check on her and found her
like this. 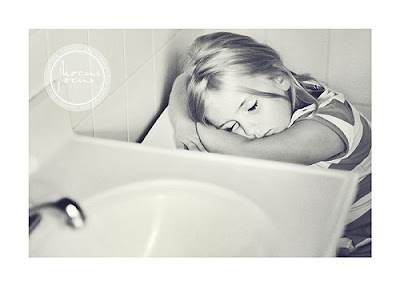 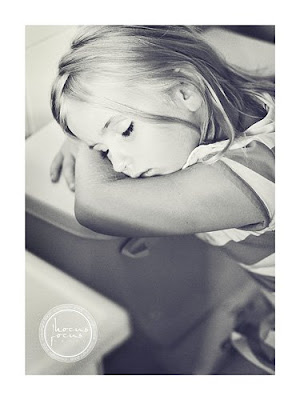 I
guess all that thinking leads to sleeping. I knew if she would just sit
still for two seconds she'd be out. And just like the loser on Project
Runway my baby girl was OUT.

I just prayed she wouldn't slide off the toilet while I was snapping pics, but I couldn't NOT document my little victory.

Ahhhhh, it doesn't take much to amuse me.  Now back to proofing like a maniac!

« Then and Now Future Celebrity »

Oh wow. So, SO great. The story is the best.

Very precious. She will remember that Momma was right. So nice to meet you at the Freedom Tour. Now I can put a face and personality with your blog.

This seriously is one of my favorite posts ever! Ahh…it’s the small things that amuse us…isn’t it.
Your daughter is absolutely beautiful and I’m so excited she’s in Kindergarten now! WAY COOL! Her and Olivia will have to meet soon and play. They wouldn’t like each other at all!! Ha ha.

too funny! these pictures are great. hilarious story to share!

I have fought this same battle with Gabby. Maybe I should try sending her to the bathroom.

If I get the same response I’ll send you a photo. That’s Great!

This is hilarious!! Poor kid- you know they need a nap when they can fall asleep on the toilet!!